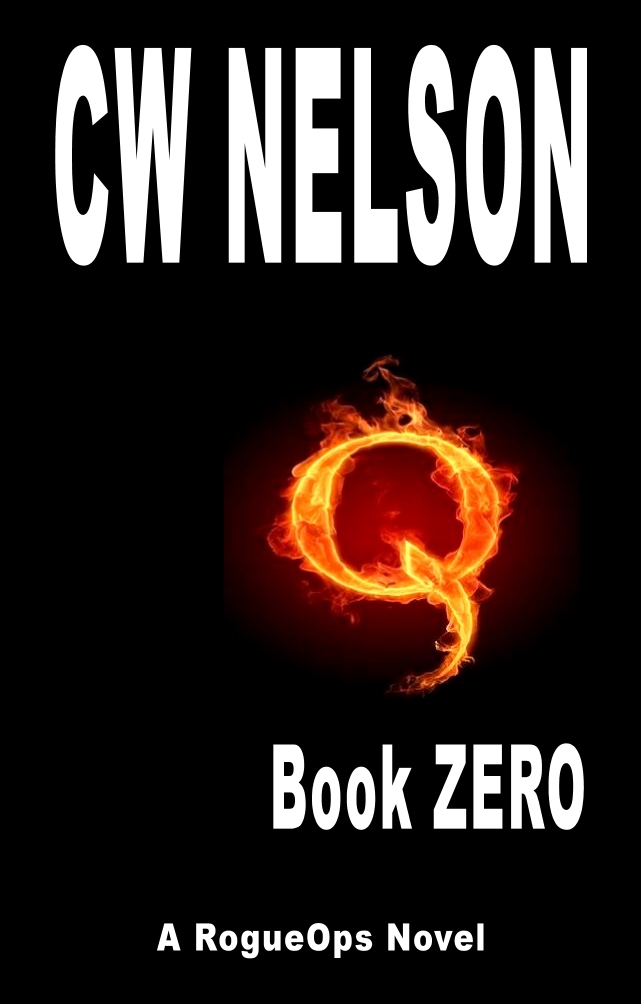 Their committee received Intel that President Alistair Scott and them are on a hit list for assassination. The order originated from the Marxist Communist League, heads of the Davos World Economic Forum.

In a secure presidential SCIF they discuss their options.

Rollins grabbed a plate of assorted donuts and a large mug of coffee. He took a chair at the conference table and opened a large leather satchel.

“Okay, on point. We bring in USCE top shooters. The United States Constitution and Code Enforcement. The Regular and Irregular Militia. The good guys with guns. America’s last line of defense. And, we bring in RogueOps to oversee all this.”

Rollins took a bite of donut and looked at Dunn and Macland for a response. MacLand said nothing. SecDef Dunn stabbed an icy glare at the FBI director and lit a fresh cigar.

“Where did you hear about RogueOps?”

Rollins hunched his shoulders and took a slug of hot coffee. “Look, I know Lachlan Hawke has done special operations for the government since he retired from Navy SEALs and ONI.”

Dunn’s eyes narrowed. His brow wrinkled.
“You know his name?”

“What the hell, Griffin. I am FBI director for Christ’s sake. I’m the guy still cleaning out the bad actors that Kenyan bastard entrenched in the department.”

“So yes, I have heard of RogueOps and Lachlan Hawke. He does black bag stuff for the president. I don’t know specifics and I don’t want to know. It’s above my pay grade by 20,000 feet. Besides, I like my life the way it is. Alive and breathing.”

Dunn held his gaze, leaned back and nodded.

“Ah hell, Rollins. It’s good you brought it up. You’re right. RogueOps tracks down and intercepts bad guys for us. Some of your bad actors were on their termination list. Were being the operative word.  Although Hawke oversees USCE they have their own rank and file.

Griffin Dunn paused for a second...

"USCE. Those ragtags are bunch of ex-military cowboys. Guys and gals not happy with how the military took a dive after that Kenyan bastard hijacked the presidency. It still hasn't fully recovered.”

The SecDef grinned... something rare.
“Yeah... A bunch of damned vigilantes is what they are. Their only legitimacy is operating under Hawke’s RogueOps umbrella. The damned toughest soldiers and civilians this nation ever produced.

"Ex- generals and admirals.
"Officers, noncoms and the best enlisted men and women ever.

SecDef grinned to himself again. The smile faded as gritted teeth clamped down on his cigar. He glared at MacLand and Rollins.

"Apparently they will get their Go."

Hawke wired a message to his brother.
Gary and his family were on a summer adventure.
His wife, two daughters twelve and fourteen years old and his son were sailing back to Virginia from New Zealand. The last family outing they might have before young Craig went off to university.

Hawke had arranged a rendezvous off the coast of Argentina.

Logan McKay sat at Atlantic Storm’s TajTel console monitoring local broadcasts. He yanked the headphones off.
“Hey, Hawke! Get over here!
"You need to take this!”

Hawke pulled on a pair of headsets and listened.

Hawke slammed Atlantic Storm’s throttles on the MAN Turbo Diesel to red line. The crew set double headsails and a Genoa. TajTel charted an intercept course with SeaScape a hundred miles from their rendezvous coordinates.

Gary's Maydays escalated to a fever pitch.
Hawke could hear gunfire and his daughters screaming.

Hawke arrived two and a half hours later.

SeaScape floated listless in the hot afternoon sun.
Her sails lay in a pile on the deck.

The pirate was gone.
Vanished in some unknown direction on the compass.

Atlantic Storm drew closer
Hawke collapsed to his knees and smashed his fists on the deck.
He let out a long, blood-curdling scream.

Gary and the mangled bodies of his beautiful wife, two young daughters and his son hung from the lower mast spreader.

They hung disemboweled in the bright sun.
Sliced into red strips still dripping blood. Systematically mutilated until death released them from the horrors they endured.

A swift breeze had carried their blood-scent for miles. Gulls flocked in by the hundreds and tore at the raw flesh. Hawke was helpless to do anything but look at the horrifying scene from the deck of Atlantic Storm.

Tears streaked down his cheeks.
His lips quivered. Muscles tensed to the point of ripping.

He heard it and looked up.
The air-sea helicopter out of Buenos Aires arrived.

Hawke lowered his head between his knees and prayed.

McChafin blew out a billow of pipe smoke.
“This TajTel data tells me that we located Magus Sammada in the North Atlantic. Northwest of the Madeira Islands. It appears he is in route to the Azores."

McChafin took a draw on his pipe and blew a cloud of smoke.

"Interpol data expects that he headed back to Venezuela to pick up another weapons shipment.”

Hawke raised his brows.
“Who the hell is Magus? Why do I need to know this?”

Hawke stiffened.
McChafin pointed to another monitor. “It's right there. The tag came when TajTel downloaded data on Interpol traffic and flagged hos name. Magus Sammada.”

McChafin pointed to another screen. “This data places Sammada, the person Interpol was tracking, in the same area as Gary when…” McChafin didn't finish.

“We have a boat named BoxCar. A place a time.
"Interpol tags this guy as an evil piece of work.
"Some sort of big shot Satanist."

"An Interpol top priority for over a year.
"International Narcotics. Weapons and Child Sex trafficking.

Hawke stubbed out his cigar in a large brass tray hard enough to shake the table.

"To hell with legal. I'm the law on this!